“This piece of memorabilia is an odd duck, as it combines two extant pieces of my life in the flashy world of entertainment. As you can see, this is the title page for the script from the Oscar-nominated movie The Wrestler. I will get back to why that is important in a moment. Of lesser importance, some hand written lyrics from the SP song “G.L.O.W.”; which if memory serves appeared on the Guitar Hero compilation and came out in the withering shadow of our 2007 album Zeitgeist; which though it sold over a half a million copies in a severely crippled music business, was deemed by everyone: fans, record company, media, as a failure. So “G.L.O.W.” as a song hints at what might have been, had I stuck with the course as charted by Zeitgeist and the return of the mighty SP.

Back to The Wrestler, I was involved with the movie briefly, as in speaking to the great director Darren Aronofsky. He was interested at that time in my providing the end credit song. And though I was flattered, I pitched him on an idea I thought even better. “Why don’t we get a great band from the 80’s to write a new song that we would produce as if it was made in the 80’s.” Darren loved the idea and like me, thought that The Scorpions, one of my favorite bands of all time, were the perfect choice. “Even better!” said I, “as I know them a little bit”. The Scorpions sent me a new song which was perfect for the movie, and Darren loved it too; giving me the impetus to put the whole thing together. But in contacting The Scorpions back they said they changed their mind and wanted to keep the song for their own album. The deal fell apart, and since I talked my way out of being the artist to perform the end credit song, my next contact was seeing the movie in the theatres like so many others. Oh, and there is that little footnote, about Bruce Springsteen winning the 2009 Golden Globe for Best Original Song.” – WPC 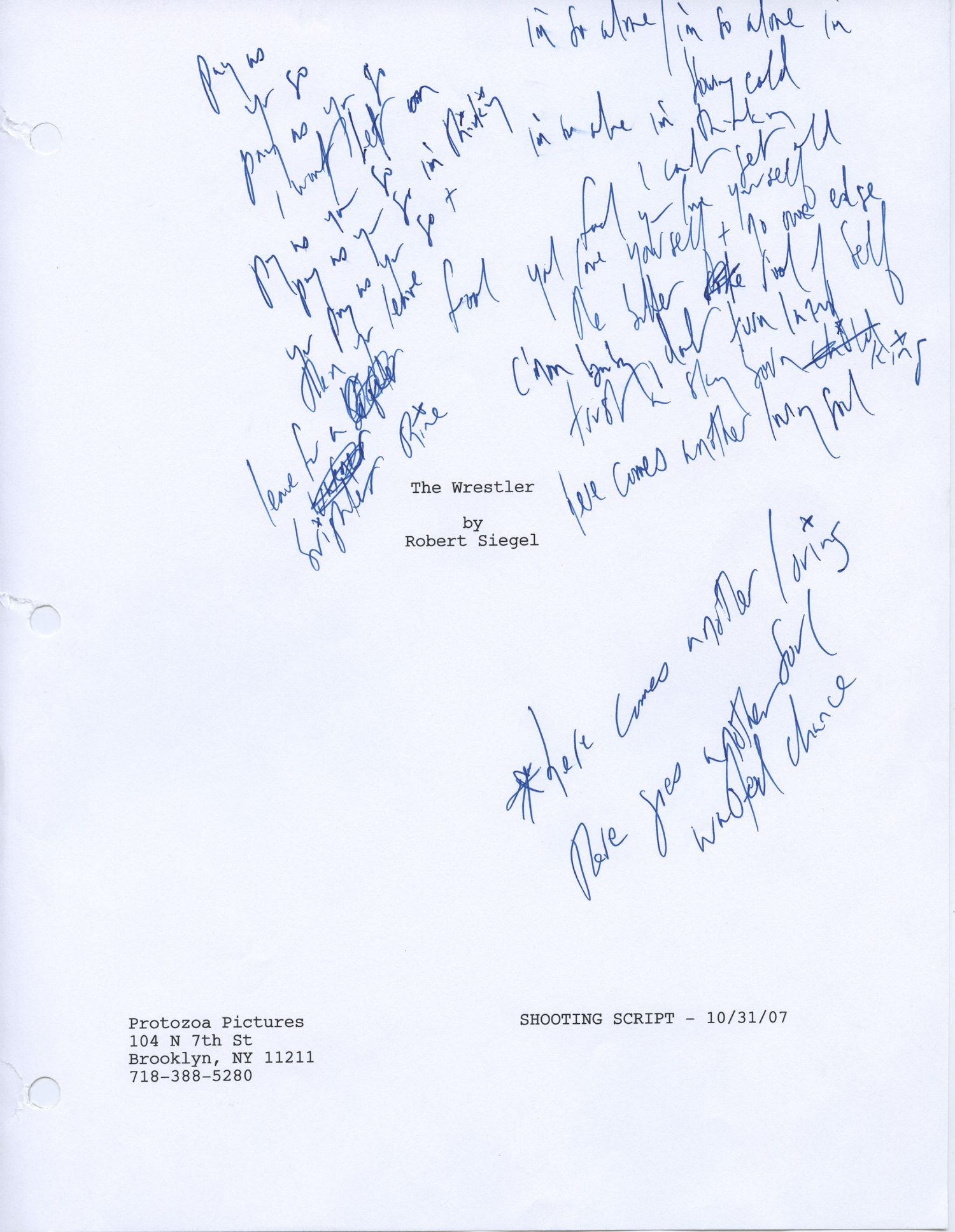